As the most southerly of Egypt’s Red Sea dive destinations, not many divers make it to St. John’s, Zabargad and Rocky Island. Those who do, often iterate their belief that this is the best diving in the Red Sea. With abundant marine life, uncrowded dive sites and crystal clear visibility, it’s easy to understand why.St. John’s is a healthy reef system lying 25 miles (40 kilometers) southwest of Rocky Island and just east of Elba National Park. Habili Ali and Habili Gafaar are two reef dives known for their abundant soft corals and black corals as well as their schooling pelagic fish species. Lucky divers might even encounter schooling hammerhead sharks. St. John’s also hosts quite a few overhangs and tunnels as well as a plateau that makes a convenient safety stop. These easy tunnels represent a fantastic opportunity for beginner cave divers.Zabargad Island is located approximately 50 miles (80 kilometers) from Berenice. The island is surrounded by stunning coral-filled slopes and pinnacles perfect for drift dives. Zabargad is also home to the ‘Russian Wreck,’ which might be The Khanka, a 245-foot (75m) shipwreck at a depth of 79 feet (24 meters).Rocky Island is just four nautical miles to the south of Zabargad and boasts shallow fringing reefs and walls covered in gorgonians, fans, soft corals and black coral trees. These walls drop into the vast deep that surrounds the island. If you love a wild ride provided by strong currents, Rocky Island is the place for you. These currents attract year-round pelagic visitors like reef sharks, hammerheads, dolphins, manta rays and turtles.Diving in this part of the Red Sea is slightly warmer than the northern sites and visibility is fantastic throughout the year. However, St. John’s, Zabargad and Rocky Island are, until now, best accessed by liveaboard. Although some resorts are being built in Berenice and Hamata that will offer day trips to Foul Bay and even house reefs of their own. Diving season is year-round, but there are two windy seasons that may affect liveaboard departures. Light winds are generally felt from May to September. Stronger winds that are more likely to prevent diving blow from October to April.Lucky divers who have had the chance to visit St. John’s, Zabargad and Rocky Island claim that the best Egyptian diving is found here. Until recently, it has been completely isolated and devoid of tourism. If you have the chance, visit the bountiful marine life, crystal clear water and colorful reefs before the rest of the world learns about this hidden gem.

With a wide variety of environments, St. John’s, Zabargad and Rocky Island play host to a huge amount of marine life. Known to have the healthiest coral reefs and the best visibility in Egypt, it’s no wonder the fish love it here.Schooling snappers, bannerfish, and surgeonfish as well as Blackspotted sweetlips and Arabian angelfish provide ample food for the reef and pelagic sharks found patrolling the reefs. Rabbitfish, crocodile fish, octopus, unicorn fish and Napoleon wrasse play among the 60 species of coral. On the larger side of things, manta rays, whale sharks, dolphins and green and hawksbill turtles entertain those divers lucky enough to lay eyes on this remote paradise.

Most diving to the deep south of Egypt is conducted by liveaboard. These boats depart from Hamata, Port Ghalib or Marsa Alam. Divers can also stay in one of the resorts near Hamata or Berenice. All of these cities are served by the Marsa Alam Airport. There are direct flights from many European capital cities, but connections are also available from Cairo. From the airport, Hamata and Berenice are a two hour journey to the south by private transfer or boat. 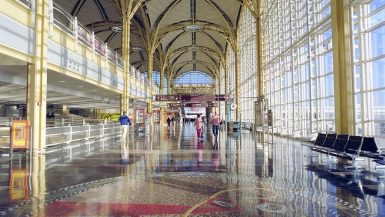 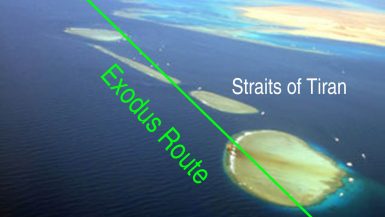