Ecuador is a sealife lover’s paradise, packed with species found nowhere else on Earth. Don’t expect to find coral reefs here, however. Instead the area features heavy current and nutrient rich waters that attract major pelagic action. The majority of divers head straight for the Galapagos Islands. The waters surrounding this group of deep-sea, volcanic islands form a protected marine reserve where virtually no commercial fishing has occurred in the last five decades. This fact combined with the area’s deep sea upwellings create one of the most biodiverse marine ecosystems in the world. Divers can take advantage of everything this region has to offer on a liveaboard trip. These boats have the ability to travel to the northern dive sites, such as those around Darwin Island, Wolf Island and Punta Vicente Roca, which are too far from inhabited islands to be visited in a single day. Learning about Darwin’s concept of natural selection while gazing at large shoals of hammerheads and the awkwardly graceful mola mola is a once in a lifetime experience.For those who wish to dive in Ecuador without the cost of traveling to the Galapagos, Machalilla National Park is known as the ‘Poor Man’s Galapagos’ and features some of the same endemic species found in the famous archipelago. The national park, which is the only coastal national park in Ecuador, incorporates fog forest, dry forest, small islands and two larger islands, Salango and the small Isla de la Plata. Large groups of giant manta rays, whales and dolphins are commonly seen here during the right season. Unfortunately, the same level of protection has not been given to Machalilla National Park as has been seen in the Galapagos. Overfishing, pollution, poaching and deforestation are common problems in the region.With as much to discover under the water as there is above, it’s no wonder than most divers dream of exploring underwater Ecuador at least once in their lifetime.

The number of marine species found in Ecuador is unreal. Certainly, there are too many to list in a short article. In general divers can expect to see black corals, large seahorses, four-eyed fishes plus more whales, sharks, dolphins and turtles than you can count.In Darwin Island of the Galapagos, divers are rewarded with hundreds of Galapagos sharks, whale sharks and hammerhead sharks. Wolf Island features smaller life such as butterfly fish or trumpet fish as well as unique dolphin encounters. The colder Isla de la Plata hosts red-lipped batfish, horned sharks and the ever elusive mola mola. Other sightings in the Galapagos include marine iguanas, fur seals and sealions, and penguins.

Most international travelers will arrive in Ecuador at one of two airports, either Mariscal Sucre International Airport in Quito or José Joaquín de Olmedo International Airport in Guayaquil. It is also possible to enter into Ecuador by bus from surrounding South American countries. In order to travel around the country, buses, rental cars and domestic flights are available. To reach the Galapagos, a flight or overnight boat journey is necessary.The best dive sites of the Galapagos in the northern part of the archipelago are best reached by liveaboard. These trips usually last one or more weeks and depart from Santa Cruz or Baltra. 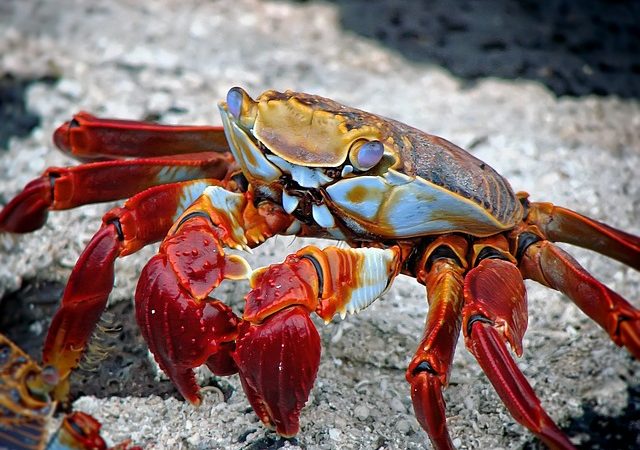 Paired with the splendid array of marine life, the excellent visibility makes diving here exceptional. There are dives on many of the islands, though several islands stand out as particularly excellent places to take the plunge.Darwin Island is by far the most popular. Here you will see most of the unique creatures you are craving, as well as some whimsical geologic...