True dive enthusiasts are geography experts at heart. That’s because the world’s best scuba diving locations sometimes read like a who’s who of exotic global locations. Tanzania is one of those places; the imagination takes over when destinations like Zanzibar and Dar-es-Salaam are mentioned. As one of the longest continually inhabited places on Earth, Tanzania is a land of extremes, from the Serengeti to the sea. It boasts the highest (Mt. Kilimanjaro) and lowest (Lake Tanganyika) points on the African continent, but, more importantly for scuba divers, it’s bounded on all sides by water: the Indian Ocean to the east, and the great rift valley lakes of Africa– Lakes Victoria, Tanganyika and Malawi – to the northwest, west and southwest. With shore diving, boat diving, liveaboard opportunities and lake diving, there’s a great deal here to keep adventurous divers happy. Note: visitors are advised to consult their doctor regarding anti-malarial drugs and other recommended vaccinations.

Around Mafia, you can expect to see whale sharks from November to January. The docile dugong (manatee or sea cow) is thought to find refuge cruising the seagrass between Mafia and the Rufiji River Delta. The small islands around the archipelago remain a popular breeding ground for leatherback and green turtles. 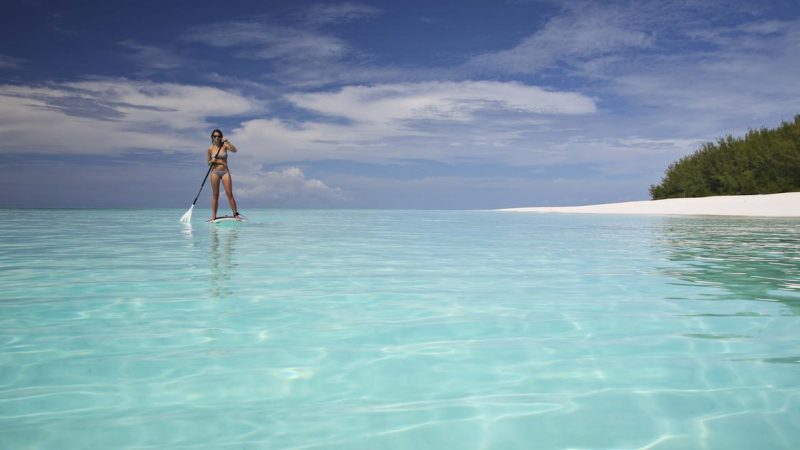 Tanzania’s waters are breathtaking, no matter which way you slice it. The startlingly blue waters off the coast of Pemba are so vibrant that it seems almost impossible, but indeed, it is truly that spectacular.One of the most popular sites on the island is the Swiss Reef, named for the incredible underwater mountain range that graces the region. Drift diving here is...

The coral reefs of Zanzibar are some of the most abundant in the world with over 500 species of marine species. In turn warm Indian Ocean water creates water temperatures consistently around 80F (27C) and visibility that often exceeds 100ft (30m). Zanzibar is a dive location where there is something for everyone, the snorkelers, the macro lovers and the deep divers...